Weird Warriors: The Honolulu Rifles during the Hawaii Rebellions, 1887-1895

The Honolulu Rifles regiment was a militia force of predominantly Anglo-American or European descendants living in Hawaii, formed in in what was then the 1884. Founded originally as a parade and social club with their own uniforms, weapons, drill manuals, the  Rifles regiment became a potent military presence in at a critical time in the island nation’s history, which came to be called the Hawaii Rebellions from 1887-1895. 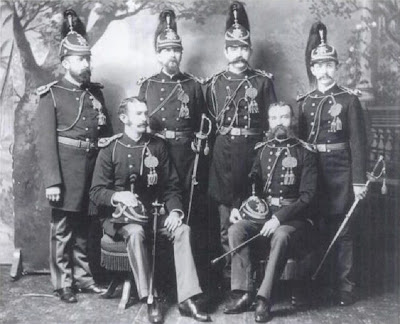 The downfall of both the and the independent Hawaiian republic in 1893 & 1895 respectively were both directly linked to actions of the Honolulu Rifles brigade. ’s annexation as a territory of the  diplomatic and political hair trigger argument. President Grover Cleveland (b.1837-1908) opposed annexation in both his terms as president and only during President William McKinley's term in 1898 did the machinations & campaigning of the Hawaiian league pay off. 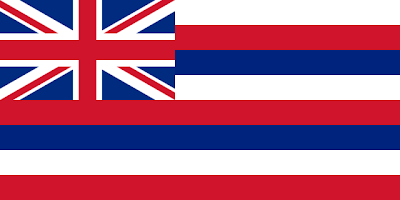 A group of influential annexationists who wanted for either or , the Hawaiian league was led by Lorrin A. Thurston (b.1858-1931) son of the first American missionaries to come to in the mid 1850’s. 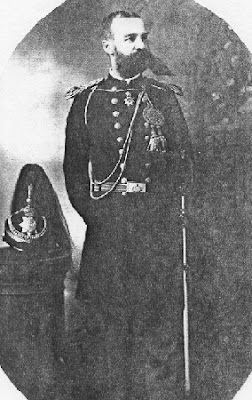 The League essentially used the Honolulu Rifles as a tool in building what they wanted, a westernized puppet state republic. Almost all of the officers of the regiment were members of the Hawaiian league and its influence under the guise of the Committee of Safety was critical. Brigade captain and fervent annexationist Volney V. Ashford was the commander of the Honolulu Rifles brigade from 1886-1893. Ashford, who was Canadian by birth, had served in the Union Army during the Civil War, enlisting in 1863, serving throughout the war in the 21st  (Griswold’s’ Light) volunteer cavalry regiment, mustering out of the army as a second lieutenant by the wars' end. 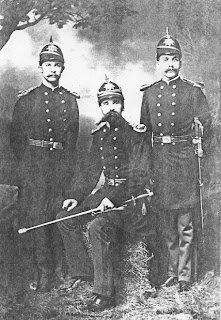 Captain Ashford by most accounts was a smart (originally a lawyer), charismatic, and beloved officer by his men. More importantly he knew tactics, strategy, & how to lead a regiment like a professional officer. The Honolulu Rifles were active in all of the rebellions and intrigues from 1887-1895 including the minor rebellions led by Robert William Wilcox (b.1855-1903), a Hawaiian born officer who had studied at a military academy in . He was a highly charismatic, influential, and a persistent anti-annexationist. 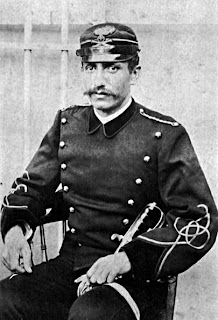 Wilcox's first insurrection in 1889 saw a Garibaldi-inspired ‘Redshirt’ revolt against the Hawaiian King Kalākaua, for his appeasement of Westerners during the events which came to be called the Bayonet Constitution of 1887.After the Redshirts occupied  an army, comprised of Capt. Ashford and the Honolulu Rifles assaulted the rebel positions where they engaged in a firefight with Wilcox's rebels. Somewhat ironically, Wilcox who had been trained in artillery, did not secure or use the cannons atop the palace. When the firing stopped the rebels had suffred eight killed, twelve wounded, and seventy captured including Wilcox. (A Military History of Sovereign Hawaii, Neil Bernard Dukas)

The second Wilcox insurrection in January 1895, known as the Counter Revolution, attempted to re-install the Hawaiian royal family and became the last major conflict of this period. Though the Hawaii Rebellions were relatively bloodless affairs there were several casualties and injuries during the many scattered rebellions, attempted rebellions, and counter rebellions of the period. Militia and volunteer forces were common during the rebellions but none had the flair, backing, and training of the Honolulu Rifles. 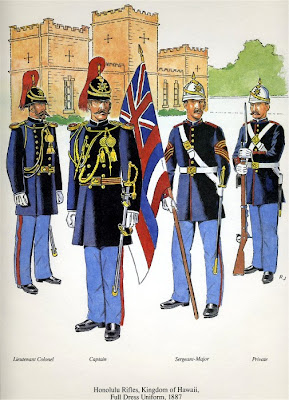 Conflicts of the Rebellions (revolutions/revolts/counter-revolutions) 1889-1895

Wilcox Rebellion 1889- Wilcox raises a Redshirt militia group and occupies ‘ , the rifles are sent and open fire with rifles and cannon, killing and wounding over 20 rebels before the rest surrendered.

Leper War 1893- Brief rebellion of a leper colony in which began after a sheriff was killed in the colony enforcing the quarantine decrees of the Hawaiian provisional government. Perhaps a hundred or so lepers were eventually arrested or detained and three government soldiers were killed in this low intensity conflict.

2nd 'Wilcox Rebellion' (counter-revolution) 1895-Attempt to restore the Hawaiian monarchy fails, Wilcox is arrested and again charged for treason but eventually pardoned, serving as Hawaii's congressman from 1900 until his death in 1903. 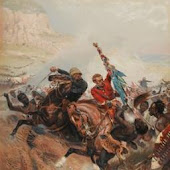